A long weekend in Lofer

It was supposed to be a perfect weekend foray: 6 am flight to Salzburg out of Tegel on Saturday, 9 pm return flight on Sunday.

I was feeling a bit uneasy though. The first 2 weeks of January have been very, very snowy! Roads in Austria were being closed down due to avalanche danger.

The first alarm went off when the driver of the bus 260 heading to Zell am See from Salzburg Airport said that the road was closed. So he’d only drive halfway, to Lofer. I already considered Lofer as a backup option after finding a post by these Czech freeriders. So I decided to give it a try! It is only 50 km away from Salzburg, at not too high an elevation, so I deemed it a safe choice.

When we arrived, I quickly booked a room in a nearby hotel, and at 11 am I was already buying the ski pass.

The visibility was limited on both days as the snow kept falling, turning into the rain at lower elevations, and some lifts were closed. Still, I found some cool off-piste spots and lines. There are some nice drops reachable from the lift named Schwarzeck, and 1-2 other off-piste runs.

Generally, everything went as expected until Sunday evening…
At 6pm, I was standing at the bus stop with my stuff neatly packed, thinking of a shower and a soft bed and expecting to be home well before midnight.

But the bus just didn’t come. Local guys waiting with me quickly found out that the road to Salzburg also got closed. In fact, all 3 roads connecting Lofer to the outside world were “gesperrt”.

Useful link: ÖAMTC Verkehrsservice – pretty accurate info on road conditions in Austria.
Another service that I used, ÖBB routes and tickets, is not reliable when it comes to road closures. Their timetables app is called Scotty, and believe me, Scotty doesn’t know!

Long story short, I was able to get out only on Wednesday after 2 quite boring days! Lofer is a small town that doesn’t offer much entertainment. And I couldn’t even snowboard because of the bad weather.

Well, that was a trip to remember anyway.
And those Eurowings flights are super convenient (also, Eurowings carry the ski equipment for free), so we’ll definitely do it again — properly this time! 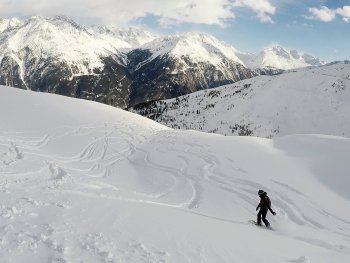 Freeride lines in Sölden and Stubai

In fact, while planning the recent weekend trip to Austria, we intended to check the freeride routes in Stubai only.… 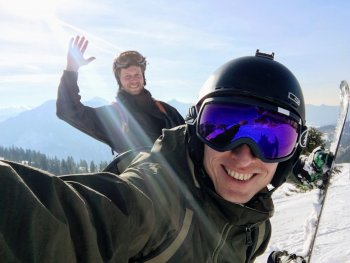 Skiparadies Sudelfeld is a Bavarian ski resort close to Munich that can offer some freeride opportunities on a snowy day. 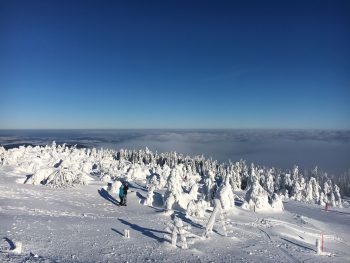 Forest freeride in Klinovec and Fichtelberg

Here’s a short video from a weekend trip to Oberwiesenthal in January. What more is there to say? Well, okay,…

This site uses Akismet to reduce spam. Learn how your comment data is processed.